The Green Passport Initiative: Changing the way we travel the globe

Why do people travel? 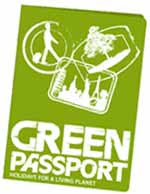 Early in the Neolithic age the ancient man began to build roads to facilitate the movement of troops through empires, and eventually civilians began to travel in caravans. Travel for the purpose of commerce and trade began to develop as a consequence and took explorers to new lands to meet other people and bring back treasures, foods, and fur. In Medieval times traveling received a religious connotation when the most famous travelers were pilgrims and missionaries, however, it took a long time for people to start perceiving travelling as a leisure activity.

In the late 16th century it became fashionable among young aristocrats and rich people to make "Grand Tours" to London, Paris, Venice, Florence, and Rome in order to enlighten themselves and  become closer to art, literature, and music.  The Industrial Revolution facilitated the growth of middle class, who now had money and free time. It was the first time that traveling was done for the sole pleasure of it. 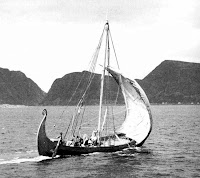 Thomas Cook, whose name is given to popular travel guides, was the first to propose to the general public a real traveling solution. He began with organizing tours across Britain then quickly moved to Europe, where Paris and the Swiss Alps became the most popular destinations. He was a pioneer in travelling services and now all large travel organizations base themselves on his ideas: excursions, sightseeing, timetables, travel guides, and routes.

In the 20th century, with the invention of the airplane, dramatic changes happened in the way people travel. According to the Smithsonian Institution and Fédération Aéronautique Internationale, the Wright Brothers made the first sustained, controlled  flight in North Carolina on December 17, 1903. Soon after, in June 16, 1909, Glenn Curtiss deliverd the Golden Flier, the first commercially-sold airplane in America. World War II only enhanced the usage of airplanes and made some of countries very experienced in airplane production. After the war, commercial aviation grew rapidly, using mostly ex-military aircraft to transport people and cargo.
The way we travel now

Much of our free time now is spent travelling, even on weekends, discovering new destinations and gaining new experience. Incredible opportunities are available to most individuals now; we can travel to different countries, even other continents in just several hours. It is estimated that approximately 4.5 million people travel by plane each day meaning that roughly within a year this figure reaches 1643 million people.  An amazing number! With the addition of railway, cars, buses, and other means of transports the scope of our movements is almost unimaginable.
The increase in tourism worldwide is a trend that has enhanced the globalization process and culture-sharing. Many travelers speak of the personal gains they acquire through travel, returning to their homes more tolerant and open-minded. While this trend is surely interesting and exciting, it poses a large challenge for our planet.  The more we travel, the more traces we leave behind ourselves, and not all the time these traces are really good. 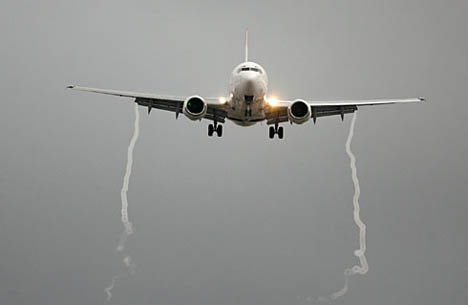 Exploration's carbon footprint
The rapid growth of air travel in recent years contributed to a significant increase in total pollution. In the European Union, greenhouse gas emissions from aviation increased by 87% between 1990 and 2006. Like all human activities involving burning, most forms of aviation release carbon dioxide (CO2) and other greenhouse gases (GHG) into the Earth's atmosphere, contributing to the acceleration of global warming and (in the case of CO2) ocean acidification.
Achim Steiner, UN Under Secretary General and UNEP Executive Director, said: "Tourism, the world's biggest industry is booming. By 2020, the number of international arrivals by air and by sea could reach 1.6 billion annually. This growth brings the prospect of income and economic development to countless tourist destinations in rich and poor countries alike. The challenge is to manage this growth sustainably. Governments have a key role to play, but so too do individuals and families when planning and going on holiday".

"Many consumers are now making green domestic choices from sourcing electricity from renewable sources and choosing eco-friendly investments up to buying leaner and greener cars. Packing a Green Passport along with airline tickets, the swimming costume and the sun lotion means tourists no longer need to leave their green credentials at home but can make them part of the holiday of a life-time," added Mr Steiner. 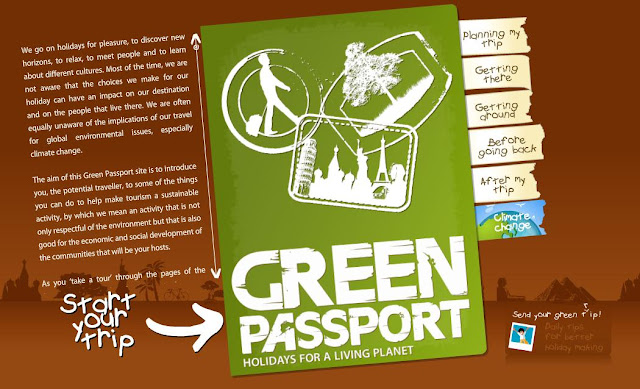 What is the Green Passport Campaign?

The Green Passport Campaign is an initiative of the International Task Force on Sustainable Tourism Development, firmly rooted in the move to accelerate a global shift towards sustainable consumption and production (SCP) that emerged from the World Summit on Sustainable Development (WSSD), held in Johannesburg in 2002. “The Green Passport initiative, which to date has been introduced in Ecuador, Costa Rica, France's Overseas Territories, and South Africa where 100,000 Green Passports where distributed to visitors during the 2010 FIFA World Cup, provides a physical passport-style document packed with advice and tips on how to make a holiday more sustainable”.

Brazil recently joined the Green Passport initiative at  World Environment Day (WED) on June 1st 2012 as the Government of Brazil and the UNEP committed on changing the behavior of travelers and  tourists within and outside the country. With thousands of people arriving in Rio for the Rio+20 Summit, followed by the FIFA World Cup in 2014 and the summer Olympics in 2016, this initiative has come at a pivotal time for Brazil.

How the Green Passport can work for you

The Green Passport website launched in order to support this initiative. There, tourists can search for sustainably managed hotels, learn about the most environmentally-friendly form of travel, and discover restaurants that source sustainably-produced agricultural products and foods. Tourists will discover that traveling green is not as hard as they imagined on the opposite it can be a lot of fun. 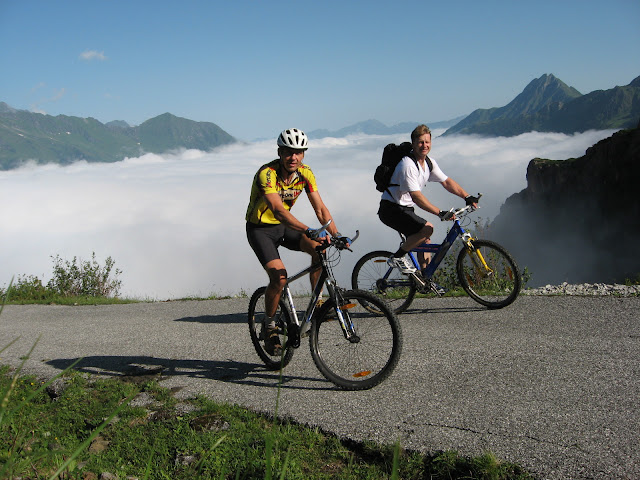 Here you would find some of the reasonable tips that one can find on the green passport pages. Even a small change can make a difference and bring some positive changes in your life:

When organizing your trip, make sure your money is well spent by choosing tour   operators and hotel providers committed to sustainable tourism.  Always ask questions about  transport, accommodation, staff working conditions, waste treatment, and environmental  protection policy. Not only will you be aware of the issues, you will also make the tour operators more concerned of these questions.  Look for websites specializing in responsible traveling, ecotourism, or sustainable tourism (the Rainforest  Alliance’s Eco-Index can be very helpful in this area).

When packing, try to think carefully about what you really need to take with you. Waste disposal systems in many  countries are ill-equipped to deal with the increased pressures that tourism brings. A few simple measures can make an enormous difference to the effect you have on your destination. Where possible, remove the wrapping of packaged goods before you leave home, so that they are recycled at your own country.

Flying can be inexpensive but it is also the fastest-growing source of greenhouse gases contributing to global warming. 'Slow Travel', similar to 'Slow Food', is a new trend evolving to encourage the use of more eco-friendly transportation services. For some, this is about spending more time at a destination, mingling with people, getting to know the local flora and fauna, taking long walks and exploring, instead of rushing from one glitzy tourist trap to another. It can also include choosing not to fly, taking the time to savor experiences and landscapes along the way.

If you fly, choose an airline that is committed to sustainable aviation. There are many ways that aircraft can reduce CO2 emissions, e.g. avoiding routes with stopovers (it is during takeoff and landing that the highest emissions occur). You can also help by staying longer once you’ve reached your destination.

Motorized travel is now the major source of pollution in the tourism sector: airplanes, 4X4 vehicles, coaches, and motorbikes are the most common means of transport. Some trips are particularly polluting. For instance, aircraft or helicopter flights over Kings Canyon in Australia sometimes last only a few minutes, but the noise generated and excessive fuel consumption have a devastating effect on the ecosystem. Conversely, a balloon flight over the MacDonnell Ranges, also in Australia, is an almost magical experience and is far more respectful of the environment. Be sure to research what you are planning and choose the best options for yourself and the planet. 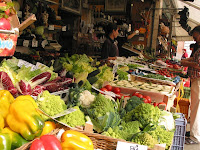 When selecting your meals, try local food and specialties as often as possible. By eating locally produced and organic goods you will reduce the CO2 emissions from transport and pesticides as well as help local farmers and the local economy. Learn more about the impacts of your food choices by visiting sustainabletable.org.

Consider what you are bringing with you and leaving behind in different areas. Here are the average times needed for certain “standard” types of waste to disappear in most geographical areas: Sheet of paper: 2-4 weeksBanana skin: 3-5 weeksPhotographic film container: 20-30 yearsShoe sole: 50-100 yearsTin can: 80-100 yearsAluminum can: 200-400 yearsPlastic stopper: 450 years

If the passport guidelines introduce a new way of travelling that challenges your perceptions, shakes you out of your comfort zone, and inspires you to enrich your soul, then the Green Passport Initiative has reached its aim. As a greener traveller you will not only make a contribution to other people’s lives, you might just change your own. 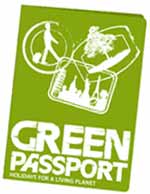 You can download it on your Smartphone or print it out; it will always be there for you whenever you go decide to go travelling.

Dare to change and don’t be shy to take this new green attitude with you to the most beautiful, interesting, and charming destinations!